Every year, 600,000 military-connected families and children move around the country. The average military family moves three times as often as their civilian peers, and the majority of these “permanent change of station” (PCS) moves take place during the summer. But only 27% of military families reported feeling a sense of belonging to their local civilian community, according to the 2020 Military Family Lifestyle Survey.

END_OF_DOCUMENT_TOKEN_TO_BE_REPLACED

The COVID-19 pandemic forced rapid changes upon the field of early care and education and dictated a re-examination of how many of its traditional systems and services are offered. Professional development is one such system, particularly traditional one-on-one coaching models. For many years, the norm was face-to-face coaching support, but the pandemic required the field to face a new reality. How do we balance offering this much-needed aspect of professional development while protecting the health and safety of staff and children?

END_OF_DOCUMENT_TOKEN_TO_BE_REPLACED

Since the CARES Act was enacted in April 2020, two additional federal relief packages have been passed by Congress that include significant increases in emergency funding for child care: the Coronavirus Response and Relief Supplemental Appropriations (CRRSA) Act of 2021 and the American Rescue Plan (ARP) Act. These funds began to flow to states during the spring with the intention to get funds out the door and provide relief to providers and families as quickly as possible. While we are still a year away from the first deadlines for states to obligate some funds, it’s important for advocates to monitor state progress to ensure funds are distributed efficiently and equitably. So far, state progress has varied greatly.

END_OF_DOCUMENT_TOKEN_TO_BE_REPLACED

Case Study: What Does it Take to Rebrand a CCR&R?

In response to an evolving organizational structure and to changes in the child care field, Child Care Answers will launch a campaign in late August announcing its amicable split from Early Learning Indiana. As a part of this split, Child Care Answers undertook a rebranding initiative. Executive Director Mollie Smith explains how they went about it and what they learned from the process.

END_OF_DOCUMENT_TOKEN_TO_BE_REPLACED

StoryCorps Interview: Navigating Child Care Before and During COVID-19

StoryCorps, a national nonprofit whose mission is to record, preserve and share the stories of Americans from all backgrounds, and Child Care Aware® of America (CCAoA) recently partnered on a project to interview child care providers. The providers were asked about their personal journey in the child care field and the impact of COVID-19 on their work and life.

END_OF_DOCUMENT_TOKEN_TO_BE_REPLACED 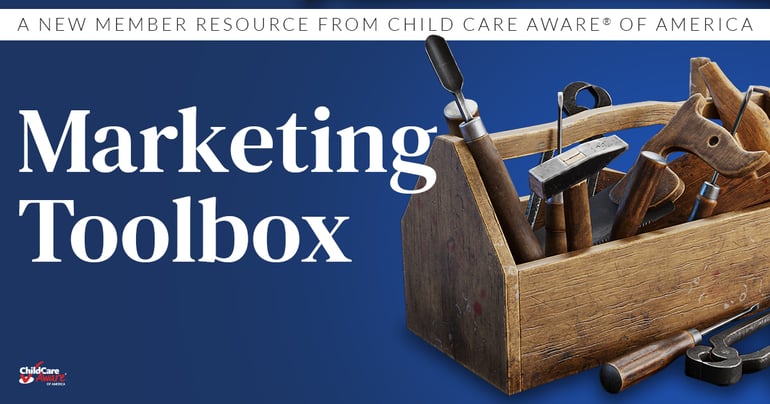 END_OF_DOCUMENT_TOKEN_TO_BE_REPLACED
Prev All posts Next