Senator and Chairman Lamar Alexander (R-TN) of the Senate Health, Education, Labor, and Pensions (HELP) Committee, opened the Senate floor debate on the Child Care and Development Block Grant (CCDBG) Act of 2014. The bipartisan reauthorization will expand access to and improve the quality of child care for the more than 1.5 million children and families that benefit from the federal child care subsidy program.

The reauthorization of CCDBG took nearly 18 years to pass. The legislation to reauthorize was unanimously approved by the committee in September 2013 and represented the 17th bipartisan HELP committee bill in the 113th Congress to be considered by the full Senate. Ten of those bills have already been signed into law. Senator Lamar Alexander (R-TN), current Chairman of the Senate HELP Committee, gave remarks that highlighted the work of Senator Barbara Mikulski (D-MD) and Senator Richard Burr (R-NC) and the steps taken to improving the lives of children and families across the country. However, while the reauthorization has implemented a monumental foundation in quality child care, there is still much to be done.

The hearing was comprised of two panels to discuss steps currently being taken to ensure that the new law requirements for the CCDBG are being implemented. The first panel included Linda Smith, Deputy Assistant Secretary for Early Childhood Development, U.S. Department of Health and Human Services, who addressed the steps the Administration for Children and Families (ACF) has taken to implement the new requirements, including a web page to provide information on the new law, new comprised fact sheets, the publishing of a Notice of Proposed Rulemaking (including requirements), and a complete revised triennial Child Care Development Fund (CCDF) state and territory plan.

Smith also discussed the amount of waivers that have been accepted according to the option offered by the committee to allow extensions for up to three years for specified reasons about it was also noted that the most common waivers are for 12-month eligibility, graduated phase-out, health and safety topics and training, and inspection requirements.

The second panel included a group of witnesses who shared their thoughts on the progress and impact that CCDBG has made since its reauthorization. The panel included Sheila Hoyle, Executive Director, Southwest Child Development Commission (NC); Margaret Williams, Executive Director, Maryland Family Network; Myra Jones-Taylor, Commissioner, Connecticut Office of Early Childhood; and Child Care Aware® of America’s parent advocate Le’Vaughn Johnson-Westbrook. While each of the witnesses applauded the Senate for passing the reauthorization bill, they also spoke of the considerable price tag that comes with this new law.

Hoyle expressed that some states may have a greater challenge in implementing the requirements but that “when it comes to protecting our children, it's common sense.”

Meanwhile, states like Connecticut seem to be struggling to find funding for the new implementation requirements. Jones-Taylor urged Congress to allocate sufficient funding in order to fully implement these new policies and ensure eligibility and outsource benefits for all families.

Our parent advocate, Johnson-Westbrook (pictured here) expressed how happy she was that the reauthorization had been passed. She also shared her story with the committee about the death of her son Quale' and how the CCDBG reauthorization can now prevent and protect other children and families.

"It was a privilege and an honor to share my son Quale's story as a testament to the consequence of an inadequate child care system but, furthermore, what can be changed to prevent this tragedy from happening to other families in order to enforce quality child care," said Johnson-Westbrook.

The hearing was a step forward on the long road we have ahead in ensuring high-quality, affordable child care for all families. The hearing also affirmed the tireless work that Senators Mikulski and Burr have accomplished and continue to pursue while addressing everyone in the room that more needs to be done in order to protect and educate our children.

Did you miss the CCDBG hearing? Visit the Senate HELP Committee’s website to watch a recording of the event.

Just the 10 of Us: When Child Care Costs Become Too Much 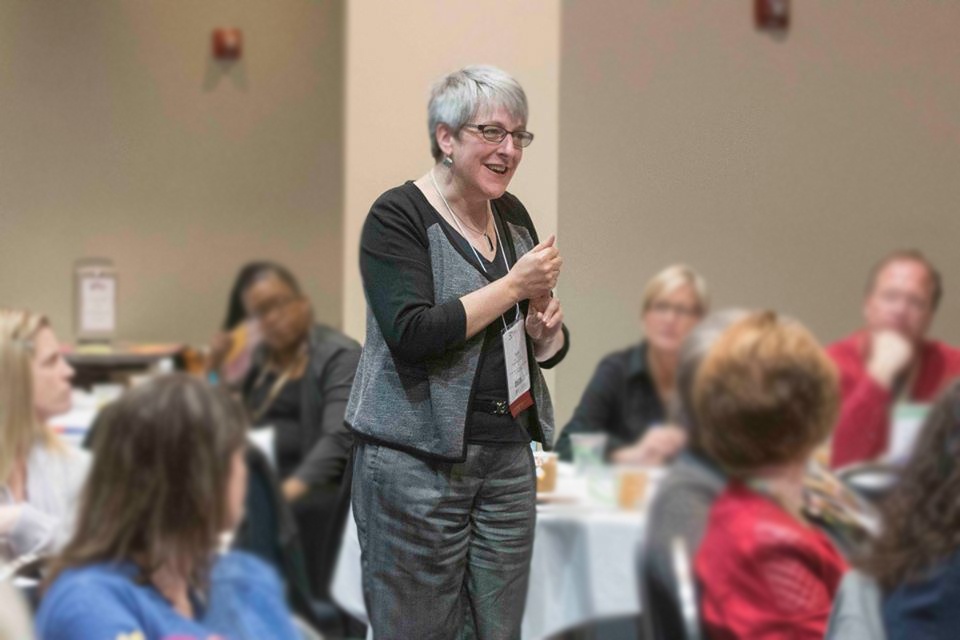