Why I Closed My In-Home Child Care 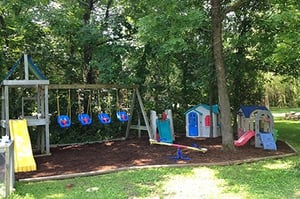 “If you’re brave enough to say goodbye, life will reward you with a new hello.” – Paul Coehlo, author of  The Alchemist

In the past four years since my son was born, I've said two difficult goodbyes to two careers that I loved. The struggle to make those decisions is not necessarily something I'd want to relive, but I do not regret the experiences I've had as a child care provider—the mother I've been shaped into through this journey, or the almost imperceptible yet beautiful "hellos" I've been rewarded with since closing my in-home child care.

Before working as a child care provider, I taught for two years as a language arts teacher and a special education learning specialist. I am also certified to teach Spanish. I loved teaching, but after the birth of my son in the spring of 2013, I chose to start a dual language in-home child care for teachers' kids.

I did this for several reasons. First, I wanted to be able to provide a service to some of my friends who were having as difficult a time finding high-quality yet affordable child care as I was. In addition, my husband—a first-generation immigrant from Mexico—and I wanted to raise our son to be bilingual, so we hoped that by running an in-home, bi-lingual child care setting, I could expose him to more Spanish than if he were at a child care facility. I could teach Spanish to the children in my care and see how they acquired the second language. I also felt compelled to open a  in-home child care because I knew that if I went back to the classroom, my heart would not be in it, and that is not right in any profession—but especially not in teaching. The final reason was an economic one: with student loans and a mortgage to pay, my husband and I agreed that we needed a second income, so in August of 2013 I opened my home for business.

To be honest, I had no idea what I had gotten myself into.

Suddenly, I had to figure out how to juggle approximately nine daily bottle feedings, while also breastfeeding my son. I had to orchestrate 10 separate naps each day. I had to change up to 20 diapers a day in an efficient manner. I had to keep the babies safe, while still providing them with adequate space to develop gross motor skills. I left notes for parents so they would know what their children did each day. I strove for my house to look spotless, and I wanted to look presentable, too—even if I had woken up four times the night before with my night-noshing son. I wanted to read to each child every day. I also had to figure out how I would meet my basic needs, including eating and using the restroom. After that first week, I questioned whether I was cut out for the job. I didn't know if I would even make it to the end of August, much less May.

Thankfully, I had some of the most appreciative child care families and my supportive mom to help and encourage me. In the spring of 2013, before that first year was complete, we even moved to a house with a basement in order to have a designated space for in-home child care.

I can't pinpoint when I started to "get into a groove," but at some point, being a child care provider started to click. 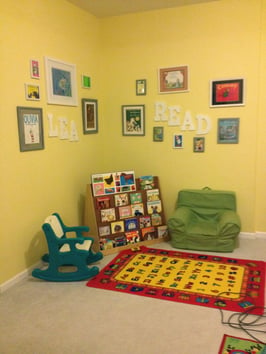 I learned that if I sang "If you're happy and you know it" at the top of my lungs, I could get through practically any sticky situation. I wiped more noses and plummeted through more boxes of Kleenex than I ever thought possible, but those grateful, bury-their-sweet-faces-in-my-neck hugs made it worthwhile. I cried when I watched one toddler take her first steps in our playroom. I couldn't help but smile when another would point to her belly button and say, "bleego" for "umbligo," which means "belly button" in Spanish. I helped potty train five toddlers. I enjoyed planning themes for each day with corresponding crafts, songs, and stories. I felt honored that my friends had placed their trust in me to help raise their children, and I never wanted them to doubt that decision.

This is why in December 2015, when I sent an e-mail to my child care families informing them that I would be closing, I did not feel very brave. I felt like a coward.

We had welcomed a daughter in August of that year, and while my mom assisted with the child care during my first week back after eight weeks of unpaid maternity leave, it was utterly exhausting. By the end of each day I was drained from keeping my newborn safe from well-meaning but too-strong-for-their-own-good toddlers who at any moment could fling a wooden hammer toy her way, accidentally step on her, or vigorously bounce her when I'd placed her in an infant seat as a last-ditch attempt to keep her out of harm's way.

I often felt isolated, despite trying to connect with other providers in my community through social media networking groups. I grew restless and stifled by the rigid child care routine that had to be adhered to in order to avoid chaos. My husband and I also wanted to shift to a one parent, one language model for our children, with me speaking English and him speaking his native Spanish, but this was difficult given that I had established my child care as dual-language. Financially, the in-home child care was not making much sense; my husband suggested I charge more to compensate for the cost of food, supplies, and utilities, but I did not feel comfortable raising my weekly rates when I knew other providers with similar programs were not charging much more.

After many teary conversations with my husband, mother, and a dear friend, I sat down and wrote that e-mail, explaining my reasons for closing and apologizing for the inconvenience I knew I'd be putting on those families to find new child care. The families were very gracious and understanding, but it still hurt to feel as though I had failed them.

In retrospect, closing my in-home child care was one of the bravest moves I've made, and I am a happier parent because of that choice. I am now full-time stay at home mom with my two children, and while I have different daily challenges, the "hellos" I've been rewarded with since making this decision—new friendships, a slower-paced childhood for my kids, a less stressed home—reassure me that I did not fail. I just had to advocate for my family and my own well-being, too.

Read the companion piece to this story, written by Danielle, one of Emma’s child care families. 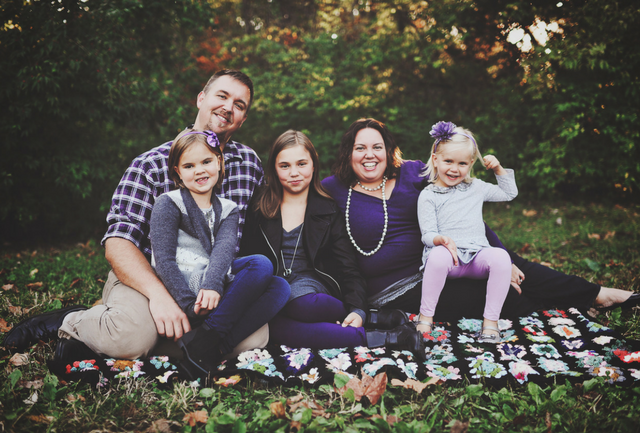