Earlier this week, Congress and the Administration agreed to a FY 2017 omnibus spending bill that will fund the federal government through September 30. The bill, which is expected to pass and be signed into law in the next couple of days, includes nearly $5 billion in new funding for early education and health programs. With regard to the Child Care and Development Block Grant (CCDBG), the program will receive a $95 million increase in FY 2017 ($2.856 billion), which is more than what was included in the House and Senate Labor, Health and Human Services, and Education bills from last summer. While this increase is significant given the current legislative environment, it is still well short of what's needed to meet gaps in child care coverage, as well as support states with their implementation needs.

Other programs that serve young children received increases as well, including:

In addition, the Preschool Development Grant program received $250 million, which is the same level as last year. The most notable increase was for the National Institute of Health (NIH) with $2 billion in new funds. NIH is the lead federal organization that is devoted to biomedical and health research, and an agency that President Trump proposed significant cuts to in his FY 2018 budget request to Congress.

As the work on FY 2017 comes to a close, Congress will begin focusing on next year's budget very soon. The House and Senate are expected to work on a FY 2018 budget resolution, and President Trump is expected to submit a more detailed budget request to Congress in the next month. While the FY 2018 budget process is way behind schedule, below is the anticipated timeline:

Of course, the FY 2018 budget will not be completed by October 1, so Congress will enact a continuing resolution (CR) that will fund the government until November or December while the White House and congressional leadership work on a final bill.

As a reminder, President Trump proposed nearly $54 billion in cuts to all non-defense programs for next year, including $13 billion for the Department of Health and Human Services, which funds CCDBG and Head Start. It's expected that Congress will also propose significant cuts to programs that support low-income, working families and their children.

Child Care Aware® of America will keep you updated throughout the weeks and months on the budget process for next year.

Did You Miss the Child Care Aware® of America Policy Summit? Here’s a Recap 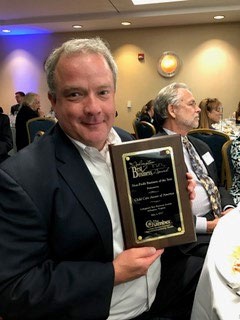