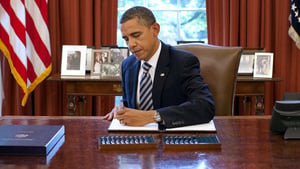 The legislation most recently passed the United States Senate by a vote of 88-1 on Monday, November 17, 2014 following a multi-year process taking the bill through both the Senate and the House of Representatives.  In June 2013, Senators Barbara Mikulski (D-MD), Richard Burr (R-NC), Lamar Alexander (R-TN), and Tom Harkin (D-IA) introduced S.1086, then titled the Child Care and Development Block Grant Act of 2013, a bill that would reauthorize the Child Care and Development Block Grant program for the first time in almost two decades, while including some baseline safety and quality measures.

After experiencing procedural roadblocks in mid-September, preventing a potential unanimous consent agreement, the Senate moved forward to consideration of the amended S.1086 on November 13, 2014, passing  a cloture vote by a 96-1 margin, setting up the final vote on Monday, November 17, 2014.

For links to recordings for all four of our CCDBG Moving Forward Webinar Series:

As we continue to move forward assessing and analyzing the impact of S.1086 becoming law, stay tuned to Child Care Aware® of America, as we will be providing frequent resources on the impact and implications of implementation.