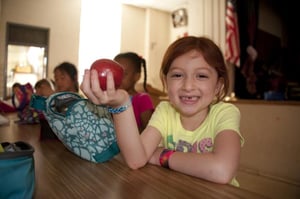 Earlier this week, the Speaker of the House, Paul Ryan (R-WI), unveiled his much anticipated anti-poverty plan. The proposal, titled “A Better Way,” addresses federal programs that assist low-income families including TANF, SNAP, and the Supplemental Security Income (SSI) programs. In addition, the plan includes ideas on expanding access to 401(k)s for small businesses, and promoting access to affordable retirement advice.

“A Better Way” does not include proposals that would specifically create new child care initiatives, although Speaker Ryan mentions the importance of the reauthorization of CCDBG in 2014. Instead, the report includes a section labeled “Strengthening Early Childhood Development,” where he acknowledges the barriers low-income families face with access to early education and the negative impacts for children. Speaker Ryan critiques early childhood development programs including Head Start. The Speaker also referenced reports from the GAO and the Department of Health and Human Services that highlighted both high administrative costs and challenged educational gains.

With regards to SNAP, Speaker Ryan has proposed changes to the program that could significantly harm it by converting it to a block grant, which could have very negative effects on low-income communities that depend on it.

“A Better Way” is part of an ongoing effort by Speaker Ryan to present an alternative to the Obama Administration’s policies (and to an extent, President Bill Clinton’s programs) on poverty, health care, taxes, and national security in the hope that these items will be discussed in the 2016 election. These policy proposals are intended to lead to action by the House Republican Caucus in the next Congress.

For more in depth information on the financial implications of this proposal, please visit the Center on Budget Priorities website.

Fight the Bite of Mosquitoes this Summer