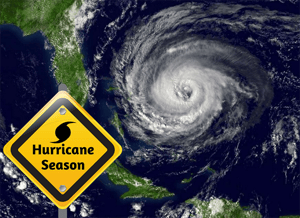 It’s the time of the year where we must be ready for hurricanes. Preparing in advance has numerous advantages, not the least of which is preventing the last-minute scramble when a hurricane is bearing down and shelves and supplies are depleted.

This year’s forecast is a bit more challenging than most years. Forecasters are keeping a close eye on whether or not El Niño will make an appearance. Currently, experts predict that there is a 50 percent chance that El Niño will develop by late summer. This happens to coincide with the most active time for hurricanes, with 93 percent of hurricane activity occurring after August 1. On average, August, September, and October usually have the highest numbers of hurricanes.

In a normal year, there are typically 12 named storms, with just over six of them developing into hurricanes. Of these six, two are usually major hurricanes—category 3 or higher. Models and forecasts are currently predicting a quiet season, giving a 42 percent probability that at least one major hurricane makes landfall this year, as compared to 52 percent on average. Good news for those in the Gulf Coast, forecasters are predicting a 24 percent chance of a major hurricane making landfall.

Looking back in history, the last time we had a pattern that is likely to match this years was 2002. In 2002 we had 12 storms—four hurricanes, with two being major hurricanes. While El Niño typically results in fewer hurricanes, it is not certain. Long-term residents of Florida will recall the devastation of Hurricane Andrew, which occurred in an El Niño year and was a category 5 storm.

A long-term record ended last year in Florida. Florida went 10 years without seeing a major impact form a hurricane. That ended last year when Hurricane Hermine impacted Florida’s east coast in early October. The estimated damage from Hermine was $1.6 billion, which was the highest since the 2004-2005 hurricane seasons.

Also last year, Hurricane Matthew served as a stark reminder of the damage that hurricanes can do and why preparedness matters. Matthew caused upwards of $10 billion in damages and claimed 34 lives in the United States, making it the 22nd worst storm since World War II. The majority of insurance claims from Matthew were wind-related, with only 10 percent related to storm-surge. All told, insurance claims for Matthew were estimated to cost up to $6 billion.

In total the United States experienced a total of 15 named storms, seven hurricanes with three of them being major last year.

What You Can Do to Prepare Today

Most city and/or county emergency management agencies have a free emergency alert system that you can register for, such as CodeRED or Everbridge. Information on these notification systems can usually be found on your city or county’s website.

Take a moment during calm weather to walk around your home. Identify items that may become airborne during high winds. Identify and trim back trees or plants that may blow into your windows, roof, and siding. Make note of other items that are outside that can cause damage. This can include outdoor patio sets, umbrellas, toys, furniture, fire pits, etc. Identify a safe place to store these items during high winds, such as in a garage.

Familiarize Yourself with Evacuation Routes

In the event of an emergency you may be ordered to evacuate. Evacuation routes are normally identified with signs posted year-round. Determine the nearest evacuation route to your location. Recognize that traffic may be difficult; plan for a couple of different options to reach the evacuation route. You should plan ahead and keep your car in good working condition with the gas tank full. If you do not already have one, you should purchase a cell phone charger for your vehicle.

Ensure you and your family are prepared. At a minimum batteries, a flashlight, a weather radio, food, and water are necessities. National guidelines recommend having enough supplies for 72 hours. This includes food that you can eat without power.

Sadly, after every hurricane, homes and businesses that get destroyed lack the proper insurance coverage. According to FEMA, 40 percent of businesses do not reopen after a disaster. Take time today to meet with your insurance agent to ensure your home and your business have adequate coverage. 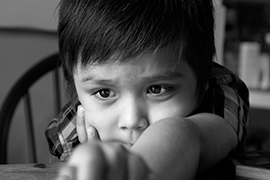 The Danger of Spreading CMV: How We Can Protect Our Children 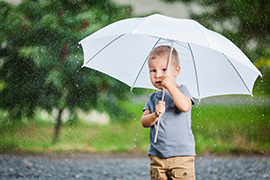