Are Family Child Care Businesses Adequately Prepared for the Impact of a Disaster? 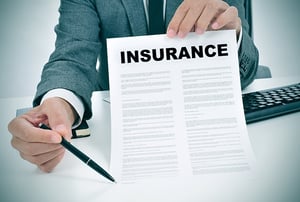 On Memorial Day weekend of 2008, an EF3 tornado struck Hugo, Minnesota, a commuter town north of downtown St. Paul. Winds ranged from 136-165 mph, and the tornado’s path was six miles long and one-eighth mile wide. Since it was a holiday weekend, Christine, a family child care provider, was not caring for children at the time that the tornado touched down, but her child care business took a direct hit.

“I remember being so stunned,” said Christine. “I walked into the house and just looked around, and around, and around. Broken glass, branches, leaves, and dirt were everywhere. My home… my safe place had been invaded in a way that left my security, my idea of safety, completely shattered.”

Unfortunately, Christine’s struggle didn’t end there as she literally began to pick up the pieces and work toward filing an insurance claim. When the adjuster came to assess the damage, she was told that because she didn’t have the “right kind of insurance” any lost or damaged child care items would not be covered. In addition, she was initially told that because the children that she cared for also used other furniture in her house, those items wouldn’t be covered either. Christine contested this, and eventually her furniture was covered, but not without a lot of hassle.

A new resource, How Insurance Protects You in an Emergency, is now available for wide distribution to family child care providers to help them understand how to take a proactive approach in ensuring that their insurance policies will provide adequate coverage in the event of a disaster, such as that experienced by Christine in Minnesota. 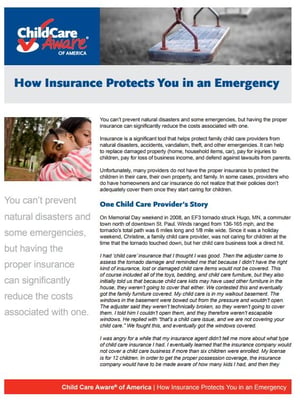 Reducing the Financial Toll of Emergencies

On October 29, 2012, Superstorm Sandy made landfall in the northeastern United States, severely damaging coastal areas in excess of $50 billion. As a result, 697 child care providers in Connecticut, New Jersey, and New York closed, and thousands more were impacted by the storm.

The quick recovery of child care is a necessary component for reestablishing a community’s infrastructure and vitality after a disaster occurs.  Not only is reestablishing child care imperative to for the workforce, but children ultimately benefit by having familiar settings, routines, caregivers, and peers that they can return to for a greater sense of normalcy. 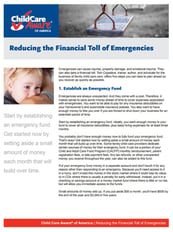 In an additional resource that was recently released, Reducing the Financial Toll of Emergencies, Tom Copeland offers important steps that child care programs can take to plan ahead for emergencies to allow for quick recovery.  Those steps include:

A variety of tips are offered within each of these steps to help child care providers think proactively before an emergency occurs.

It's National Preparedness Month. Are you and your family prepared? Learn more about how you can participate and take the pledge! 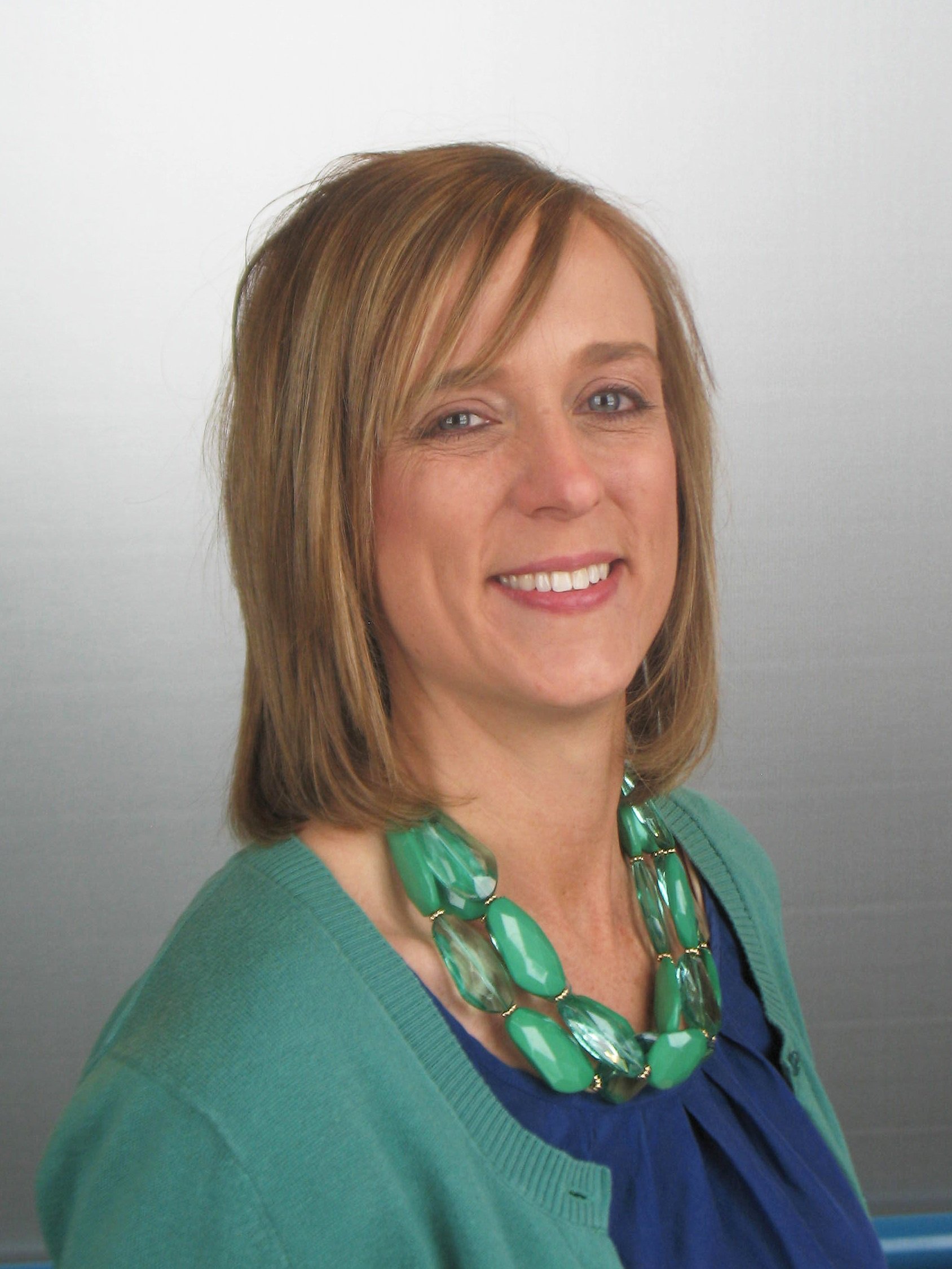 Holly Nett serves as the Director of Child Care Emergency Partnerships and has been with Child Care Aware® of America for the past six years. She has a primary focus on bridging the gap between the emergency preparedness, response, and recovery industry and child care programs. She also develops and delivers emergency preparedness training and technical assistance focused on business continuity, disaster plan development, and helping children and caregivers deal with the social/emotional aftermath of a disaster to Child Care Resource & Referral teams and child care program staff across the nation. 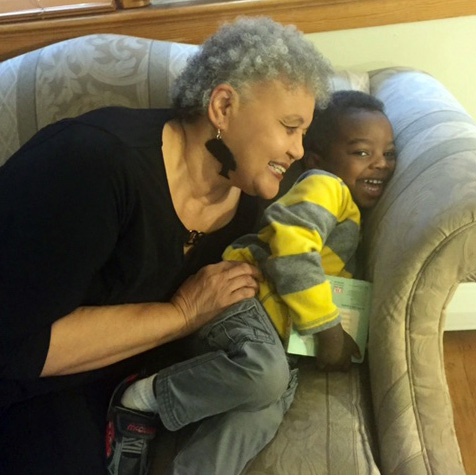