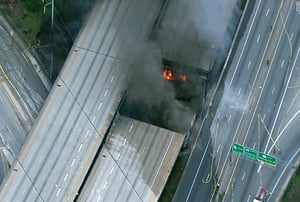 On Thursday, March 30, 2017, around 6 p.m., a fire was reported under a section of I-85 in Atlanta. The fire ultimately caused a section of the interstate to collapse around 7 p.m., stranding motorists for hours and creating a more than five mile backup of traffic. The mayor has described this event as a ‘transportation crisis’, and this section of the I-85 will remain closed for the foreseeable future. On Thursday evening Governor Nathan Deal declared a state of emergency and vowed to allocate resources aimed to reduce traffic disruption. Luckily no one was injured in the collapse, a testament to the great work of the fire and police departments who responded to the incident and quickly evacuated the area.

Atlanta already faces tough commuting conditions, a recent survey found that Atlanta had the fourth-worst traffic in America and the ninth worst in the world. Surely this collapse will only worsen traffic conditions, as more than 250,000 cars per day usually pass through the impacted area.

The collapse had an immediate impact on the community and many travelers who were planning to use the route for spring break travels. On Friday night, the Atlanta Braves will play a preseason game in their brand new stadium, which many would have taken I-85 to access. Schools in neighboring DeKalb County canceled classes on Friday and city and state offices in Atlanta delayed opening to allow for extra travel time. Officials do not have a timeline for restoration/repair of I-85, but it is likely to take several months.

This collapse shines an important light on our infrastructure. While the Atlanta collapse was caused by a fire, there are numerous bridges that are in bad shape. There are more than 614,000 bridges in the United States that handle an average of 188 million vehicles per day according to the 2017 Infrastructure Report Card. According to a 2017 report by the American Road and Transportation Builders Association, there are nearly 56,000 structurally deficient bridges in the United States, with 1,900 of them on the Interstate Highway System. That means approximately 9% of the bridges in this country are in poor condition and at risk for failure, especially during earthquakes and other natural disasters.

What this means for child care programs:

How do you know your children's child care providers are prepared for emergencies? Drop us a comment below to share your plans. 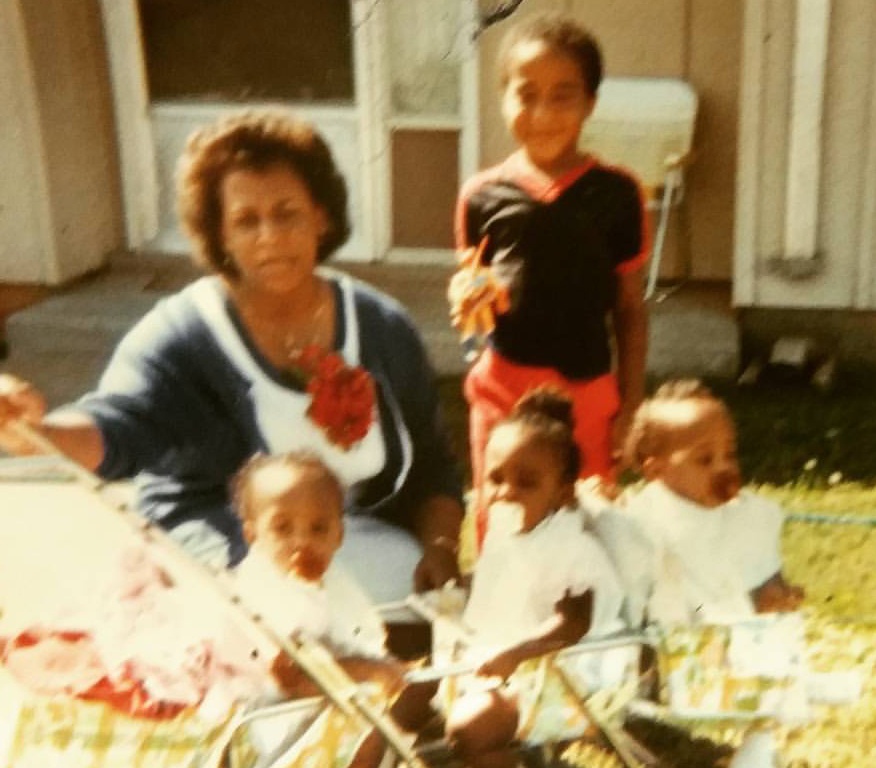