Earlier this week, the House and Senate Budget Committees approved their FY 2016 budget resolutions, and both proposed very deep cuts for many non-defense programs over the next ten years, including ones that millions of children and families depend on.

A congressional budget resolution serves as a blueprint for the appropriations process, which is expected to begin later this spring. The resolution includes various proposals on taxes, and both mandatory and discretionary spending, and offers projections and forecasts beyond the upcoming fiscal year (known as “out years”). The President does not sign a budget resolution, and while a completed resolution technically binds Congress, it’s not a law.

The House resolution, which was authored by Chairman Tom Price (R-GA), proposes to slash spending by $5.5 trillion over 10 years, while the Senate Budget Committee Chair, Mike Enzi (R-WY), included a $4.5 trillion reduction in his proposal.

Although not final, the House budget proposes cutting $140 billion from the Supplemental Nutrition Assistance Program (SNAP), and the Senate would eliminate $137 billion in its proposal. Additionally, both the House and Senate budgets would convert SNAP to a block grant, where states would receive a fixed amount of funding every year for nutritional assistance needs, which would lead to a significant number of families losing benefits.

Both resolutions also repeal the Affordable Care Act and propose massive cuts to Medicaid, which could result in millions of children and families losing access to quality health insurance.

While both proposals have limited specifics at this time, the drastic cuts to domestic spending could significantly harm crucial child care and early education programs.

Both resolutions are expected to be voted on next week, followed by a possible House-Senate conference agreement by April 15th. Senator Patty Murray (D-WA) intends to offer an amendment to the Senate budget resolution protecting early education programs on the Senate floor. We will make sure to provide details throughout the process. 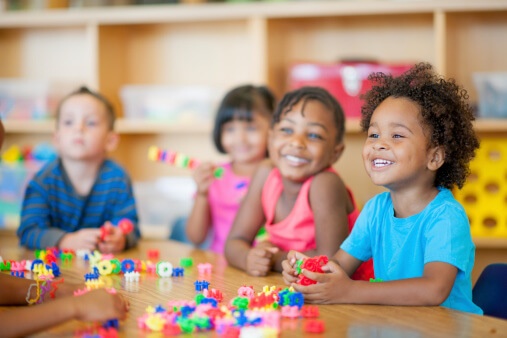