The Child Care and Development Fund (CCDF) program is a state and federal partnership used to provide assistance to low-income families to access child care, as well as build supply and improve program quality. Since 2016, states, territories and tribes have been required to outline how they will use this dedicated federal funding over a three-year period. Plans cover a multitude of areas, including how states will promote family engagement and consumer outreach, ensure equal program access, establish health and safety standards, recruit and retain a qualified workforce and support continuous quality improvement.

When developing new plans, lead state agencies are required to hold at least one public hearing, with sufficient statewide or territory-wide distribution of notice, to gather stakeholder input on what policies to include. Public input is a critical part of developing a state plan. Not only does public input ensure decision-makers have complete information, but it can also build buy-in and legitimacy from the field.

States generally approach the CCDF state plan public comment period by allowing anyone to weigh in by submitting written comments or by testifying orally. The requirement to hold a hearing presents a very distinct opportunity to shape a state’s plan for child care based on the actual needs and experiences of its providers and parents. Participation varies greatly across states and, in the past, opportunities for participation have not always been sufficient. While states must answer how the information provided by the public is taken into consideration under the plan, questions remain as to whether collecting public input actually has an impact on the policies included in the state plan. There is much room for improvement to maximize the potential of the public input process moving forward.

This past spring, states designed new plans for years 2022-2024 and were required to submit a finalized version, based on public comment, to the Administration for Children and Families (ACF) by July 1, 2021. Child Care Aware® of America (CCAoA) collected information on the public input process in the District of Columbia and every state. For more information about each state’s public hearing process, check out CCAoA’s public input session tracker. We found that:

In reflecting on this year’s CCDF public input process, several best practices, as well as concerns, were observed that either helped or hindered participation in the process in the following areas:

Participating in the CCDF public comment period lets state officials hear from the field and elevate provider and family experiences to inform long-term policies that can strengthen the child care system. With this in mind, it is imperative that the public input process is protected and strengthened to allow for as many families, community members and child care providers to engage as much as possible.

CCAoA has transmitted these recommendations to ACF for consideration. This letter can be used as a template to communicate with lead agencies and other decision-makers about improving future public comment periods. 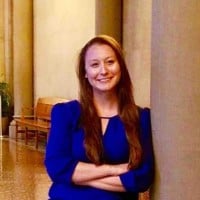