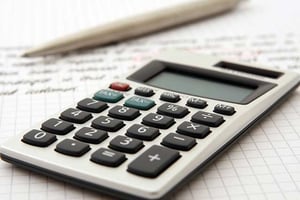 Yesterday, House Republican leadership introduced the "Tax Cuts and Jobs Act of 2017."  This anticipated legislation is designed to reform the tax code for the first time since the 1980s, including changes to deductions and tax credits.

Child Care Aware® of America supports initiatives by Congress that would strengthen and expand tax credits that support families and assist in defraying tax burdens on businesses that support child care for their employees. Unfortunately, the House legislation fails to address the child care needs for millions of families.

The "Tax Cuts and Jobs Act" proposes expanding the Child Tax Credit (CTC) for families, from $1,000 to $1,600 per child. However, the House bill also proposes eliminating a number of tax credits and deductions in a effort to pay for the CTC expansion. This includes eliminating an employer-provided child care credit and several educational and medical deductions.

Today, more than 11 million children under the age of five are in some form of child care in the U.S. For millions of families, especially low-income and working class ones, the cost of center-based care for two children exceeds the annual cost of transportation, mortgage/rent, or food expenses. In addition, in 30 states and the District of Columbia, the annual cost for center-based, infant care is more than the cost of one year of tuition at an in-state public college or university.

If Congress wants to seriously address the child care crisis in the U.S, they should:

Earlier this year, a bi-partisan group of Representatives and Senators introduced legislation that that would strengthen and expand the Child and Dependent Care Tax Credit (CDCTC). The Promoting Affordable Child Care for Everyone (PACE) Act of 2017 would make CDCTC refundable to reach more low-income and working class families, and also increase the amount of pretax dollars parents can contribute to Dependent Care Flexible Spending Accounts. By making the tax provisions more generous, and acknowledging the shifting economic landscape, the PACE Act would provide families with better spending options with regard to quality child care.

The House bill proposes no changes to CDCTC, however, it eliminates flexible spending accounts.

Child Care Aware® of America urges the House to work on a bi-partisan solution that realistically provides tax relief for low-income and working class families, including proposals that would strengthen and expand CDCTC and flexible spending accounts.

The House Ways and Means Committee will begin marking up this bill next week.  The Senate is expected to introduce its tax reform legislation soon.

Books and Resources to Help Children Before and After Emergency Drills