Matter of Fact with Soledad O'Brien

For many American families, paying for child care is expensive, but necessary. On the other end, child care providers struggle with thin margins after paying staff, food and facility costs.

CCAoA CEO Dr. Lynette Fraga spoke with Laura Chavez about the child care crisis: “The first part we need to address to come to a solution is to ensure we are aware and we acknowledge that child care is an issue everyone needs to focus on.”

Chavez also visits Clinton, Mississippi to see how one family and and a child care owner are working to close those gaps.

END_OF_DOCUMENT_TOKEN_TO_BE_REPLACED

Gov. Michelle Lujan Grisham (D) announced Thursday that New Mexico will cover the costs of child care for most residents through June 2023. The benefit, which covers families earning up to 400 percent of the federal poverty level, makes New Mexico the first state to offer no-cost care to such a broad range of incomes, officials said.

Mario Cardona, the chief of policy and practice for Child Care Aware of America, a nonprofit that advocates for affordable child care, called the announcement “the type of thing that we should be seeing across the country.”

Though other states, including Georgia, Virginia and Kansas, have expanded eligibility and made child care more affordable during the pandemic, none have gone as far as New Mexico, which has committed a historic and unusual amount of resources to the sector, Cardona said. Other states have largely relied on federal relief from the Cares Act and the American Rescue Plan to pay for child-care improvements, but the last of those dollars expires in 2024 and lawmakers may be hesitant, Cardona said, to roll out new programs using temporary money.

END_OF_DOCUMENT_TOKEN_TO_BE_REPLACED

Child Care Aware of America’s Symposium brings together individuals from across the country to discuss research, policy and practices related to the early child care and education community. Taking place May 1-4 in Arlington, Va., this year’s four-day event offers opportunities to connect with thought leaders, Congressional staff and early education professionals from across the nation.

Early Learning Nation asked participants and speakers, What does the symposium theme Unite/Disrupt/Transform mean to you?

END_OF_DOCUMENT_TOKEN_TO_BE_REPLACED

Clark’s grant is part of $39 billion in funding that the ARP sent to the child care sector in stabilization grants to keep programs from going under. The money has done precisely what it promised, keeping providers’ doors open and children enrolled. But it also did something else: It served as a test run for what it would look like if the federal government decided to make a substantial, ongoing investment in child care and early-childhood education. And it proved that such an investment would work.

On top of that, many states, controlled by both Democrats and Republicans, are putting the ARP child care funds toward the kinds of investments that Democrats had envisioned in the original Build Back Better package.

“That tells us there is an opening for additional resources that support those kind of policy changes,” said Anne Hedgepeth, deputy chief of policy at Child Care Aware of America.

Many states and providers put the grants toward higher compensation to try to solve the staffing issue, but when the money dries up, providers will once again be strapped to pay their teachers competitively. That will mean the return of wait lists and classroom closures. “We’ll see programs having to shutter their doors,” Hedgepeth said. Providers will have no choice but to keep increasing prices on already-stretched families.

“Every state will have now managed a robust grant program in their child care systems where they reached thousands of programs and providers,” Hedgepeth said. The kind of investment that would have been made through Build Back Better “really lends itself to leveraging the systems that have been built under the American Rescue Plan Act funding.”

END_OF_DOCUMENT_TOKEN_TO_BE_REPLACED

The States with the Most and Least Affordable Child Care

Child care is one of the biggest expenses for working parents. In over half of states, full-time care for an infant costs more than college tuition, according to Child Care Aware of America, an organization that advocates for more affordable child care. But costs vary hugely depending on where you are in the country, from around $5,400 a year to take care of a 4-year-old in Mississippi to almost $17,000 a year in Massachusetts.

“A lot of parents would like to send their children to a formal, paid child care program, where they could get a really good foundation for kindergarten, but parents can’t afford what it would actually cost to provide that kind of care,” says Kristina Haynie, a data analyst at Child Care Aware.

What makes something affordable, of course, depends on how much a family makes and what kind of care they need. Caring for babies costs more than caring for toddlers, and a daycare center may charge more than someone offering care out of their home. In a report released in February, Child Care Aware ranked states by affordability by calculating the average price for full-time care in 2020 and comparing that to median incomes for single and married parents.

END_OF_DOCUMENT_TOKEN_TO_BE_REPLACED

The cost of childcare: How to fix a system on the brink

Dr. Lynette Fraga, CEO of Child Care Aware, joins uh-PARENT-ly hosts Tracy Weiner and Anne Johnsos to talk about what quality childcare looks like and why everyone should care about quality of and access to services.

Listen to the podcast

END_OF_DOCUMENT_TOKEN_TO_BE_REPLACED

The US needs a human rights-focused child care agenda

Op-ed by Mario Cardona, Chief of Policy & Practice at Child Care Aware of America and Denise Forte, interim CEO at The Education Trust, an advocate for the high academic achievement of all students, particularly those of color or living in poverty.

The truth is that our system of child care has historically overlooked and marginalized people of color, indigenous communities, rural communities, shift workers, differently-abled children, infants and toddlers and immigrant families.

It is past time that those of us involved in justice work strive with a common purpose to build a more affordable, accessible, high-quality system of early learning. That effort is inexorably bound to making advancements toward, at minimum, racial justice, gender equity and disability rights. The principles released by the Leadership Conference are an important step, as it guides advocacy on federal activity.

END_OF_DOCUMENT_TOKEN_TO_BE_REPLACED

OPINION: We can longer afford to neglect child care providers and our littlest learners

Op-ed by CCAoA CEO Lynette M. Fraga, Ph.D. and Dr. Renée Boynton-Jarrett, a pediatrician and social epidemiologist, an associate professor at Boston Medical Center and Boston University School of Medicine, and Vice President of CCAoA's Board of Directors.

Who will care for our nation’s children as we seek to recover economically?

Our parents, early learning providers and program administrators are overwhelmed, overburdened and under-resourced, and our kids are feeling the impact. Cumulatively, this puts the mental health of all at stake.

Too many parents also struggle to pay for child care. Children get the care their parents can afford, and the costs rival those of in-state college tuition. All the while, early educators manage the costs of providing care through low wages and strained working conditions. Quality suffers.

We must transform our approach to child care and early childhood education.

END_OF_DOCUMENT_TOKEN_TO_BE_REPLACED

There’s a childcare problem across the U.S., which is preventing lots of working moms from going back to work. Are grandparents a partial solution, as they were at the height of the pandemic? Listen in on this vital discussion with Donna Butts, Executive Director of Generations United and Dr. Lynette Fraga, CEO of Child Care Aware of America. Some possible solutions surfaced during this interview.

Listen to the podcast (segment starts at 34:00) 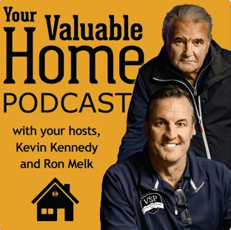 END_OF_DOCUMENT_TOKEN_TO_BE_REPLACED

Child care workers are going hungry: 'We have a dollar store in town and sadly fill up on cheap junk to survive'

The growth in child-care prices exceeded the annual rate of inflation in 2020 and 2019, according to a report by Child Care Aware of America, a national nonprofit network of more than 400 agencies to help people access child care.

Inflation, low wages and workforce shortages are making it so that the industry cannot recover and offer pre-pandemic levels of child care to American families, said Mario Cardona, chief of policy and practice at Child Care Aware of America.

"These staff shortages are causing such emotional distress among the existing child care workforce that one in five early educators is considering leaving the child care field entirely," Cardona said.